Last week a group of scientist announced that they have just observed a neutrino travel fast than light.

Now you may say ‘so what’

You see the problem is that according to Einsteins Theory of Relativity, nothing which contains matter can travel fast than light. Now a neutrino have a very very very small amount of matter, it’s infentisamal. Making it imposable for it to travel fast than light. Let’s just say to move a particle of matter to the speed of light would take an impossible amount of energy.

Again you may say ‘so what, how can this effect me’

Well everything we know about physics is based on the theory of relativity. It gives us a well established stick to measure everything else against. (That’s if my understanding of it is correct and I’m no expert)
Needless to say if this is proven right it could change our understanding of the universe. Worst thing is it could take months probably years to get any confirmation. So don’t hold your breath.

I’m a science fiction geek and love this stuff. It’s like finding out that pitza can make you lose Weight.

What we have to remind ourselves is that there are discovers made every day that blow previous theory’s out the water only to be disproven later.

Wouldn’t it be cool though to find out everything we thought, was wrong.

I like change and changing the world is cool.

I wonder what we mean when we say hate. I think most people can see a person in there minds eye if I ask.

I have been trying to write this post for months, it seems that I just cannot get a handle on hate. It could be me, maybe I just don’t have the ability to hate.

Is it hate that we feel? or is it another emotion that we are just confusing as hate. Like jealousy or envy.
Hate is what I would call a prime emotion like a prime colour. It’s one of the big ones, we use this in a combination with others to make our mood or feeling at any one time. It wouldn’t suprise me to find that there are specific parts of the brain that directly involves it’s self to making us feel hate. There has been many times in my life when I have felt hateful towards someone or something; it is normally short lived and happened when I was a much younger person.

In the wisdom that comes with thirty eight years (if any) I seem to have mellowed, It takes a lot more to rattle my cage. Maybe having children has taught me to control this destructive emotion.

Our feelings have developed over many thousands of years. We as a species used to use such things as tools. Only now we live so different to our recent ancestors that we can get confused to which emotion we should be using.
It’s not human to hang on to any situation after the outcome is obsolete. So if you feel hate for someone because they have done you wrong then that’s fine but as soon as your hate becomes self destructive then it’s time to let go. Move on and make the best of what’s left. Whether it be love, money or a family feud. Life is to short and to preoccupy our life’s with such futile endeavours if wasteful to say the least. In the end hate is powered by the situation that gave it life. What we have to do is rationalise it as quick as possible to limit the damage it will cause, because if left it will cause damage.

This is when the empathy comes in; to see the situation from the other point of view will give you prospective and know doubt show you how small it was in the first place. In the end maybe it’s our ability to forgive and empathise with others that makes the difference. Writing makes me empathise with others, after all if I could not empathise I would only write a one sided story. I’m only able to give characters there own life by taking that life from everyone round me. I little bit of everyone I know will be in all my story’s

My oldest brother has some great advice, that is “do to others, only what you would have done to yourself’ (Im sure thats out of a very famous book, involved a man who’s name began with a “J” I think)

So hate is useless and a waste of hormones.

Buddha said “Hatred is never ended by hatred but by love” Be it karma or some faith from a corner of the world or a spiritual intervention, but I do believe that we get what we give.

So give nice and receive nice in return.

I was going to call this post emotions number four but lies are not really an emotion, although they do evoke an array of emotion.

First  I should define between a damaging lie and a white lie. I believe a white lie is when your partner says they had one biscuit when they really had two. A damaging lie is self explaining, they cause damage. The worst kind of lie is when the lie its self prevents you from fulfilling a promise or stops you from supporting the victim of the lie.

If you lie to someone close to you, the kind of person you would not normally betray. The disappointment you will cause that person will do a number of things to you (the lie giver). Firstly the guilt will make you angry at yourself which you will pass on. Also you would begin to avoid the victim of your lie (the one lied to), this in its self could cause more damage.

Then there is the trust lost, all lies do make themselves known eventually.

Someone once said if you cut your arm you will heal. If you keep cutting the arm eventually it will fall off. A lie is like a cut you only get to do it a few times. Then it will end.

As for the victim lies only hurt. There will never be a good one.

If I sound like a preacher I apologise, I don’t lie.

I try to regret as little as possible.

I believe regret leads to only dark and hurtful thoughts. I suppose that if you look at any disision (it’s disision that make regrets) it’s to not make it a flippant one. Take time and make sure you have covered all aspects.

Looked at all the relevant paths and discarding the weak ones. What you are left with is the few true remaining paths. This for me limits the potential for regret.
It’s not foolproof, I have some regret to disision I have made but I am happy that at the time they seemed right. Hindsight is a wonderful tool only for a time traveler. Us simple folk will just have to make the best we can with what we have.

Recent events in my life have left me thinking a lot about emotion. On the 10th of may 2011 my father passed away and like every one who has ever lost a parent, it kind of hits you hard, or maybe I should say harder than you think it will.

He had been ill for many years, I thought I had prepared myself for the eventual outcome. The one thing I could not prepare for is how my emotions were going to act.

Because I write it seemed only right that I write something. The first night after his death I found myself writing about me and my father, mainly about him and the kind of man he was, the thing is that its all very personal and not suitable for a blog post. This left me with a dilemma. Do I follow the rule of;

“you must always write the truth no mater how painful”

or do I hold on to the personal info and find the middle ground. I just kept on writing what came, after two days I stopped to check what I had written, I noticed a pattern. That is I had been moving from who my dad had been to how I felt about him. His Stories and Poem’s have always effected me, eventually making me write stories for myself. As you can see its happening now I’m beginning to get personal. If unchecked I will probably pour out all over this macbook air.

I am a father, I have two boys. I also had a father of my own as you will have and every person who has ever lived will have.
My roll as the father of my children is quite traditional. I believe I should be a provider and protector to my family. Of course this also includes my wife, (she if really wonderful) as a father I’m to sacrifice my wants for the good of the family. This was my interpretation of the things passed down to me from my father.

My father passing away has lead to me reflecting back on my life. Being that I have known him all my life It stands that eventually I would reach my childhood. This was in the seventies as I was born in 1972. Things were different then. For example no Internet, no video films, never mind cable tv. There were only three tv channels and definitely no xbox or play station three, Just mum and dad and marbles. 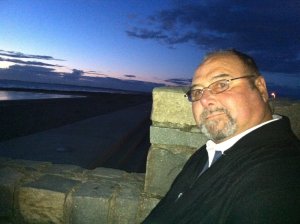 I came across this web site a few weeks ago, I have found it very helpful. Especially the pod casts, download them and get some very valuable advice from some of the best authors around. The podcast include talks from Publishers, Agents, and Authors.

If you find the site helpful let me know.